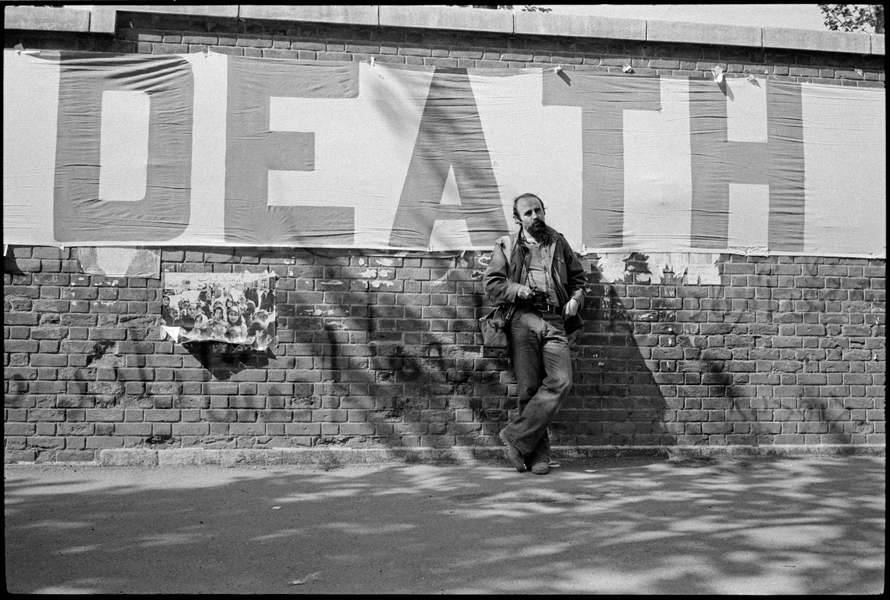 IRAN. Tehran. 1980. Outside the United States embassy where diplomats are kept hostage. 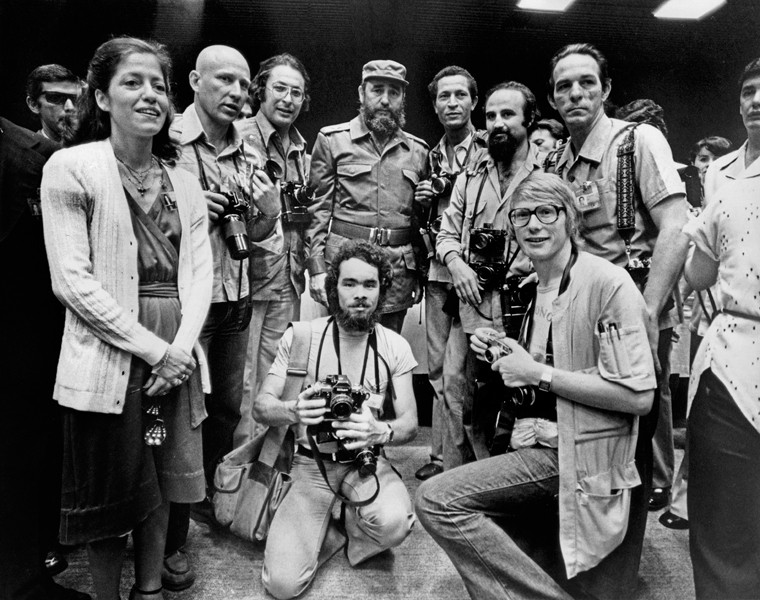 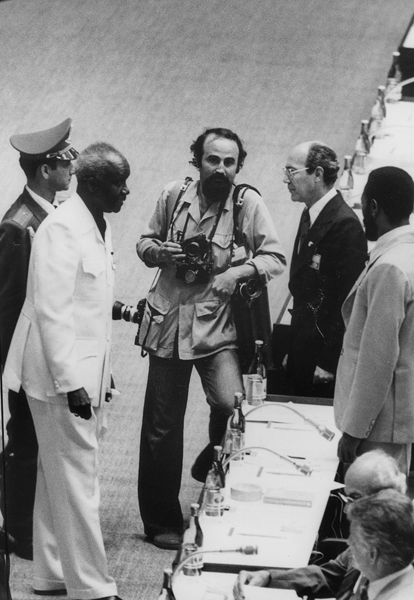 CUBA. Havana. 1979. Non-Aligned Summit. On the left of ABBAS is Kenneth KAUNDA, President of Zambia. | License 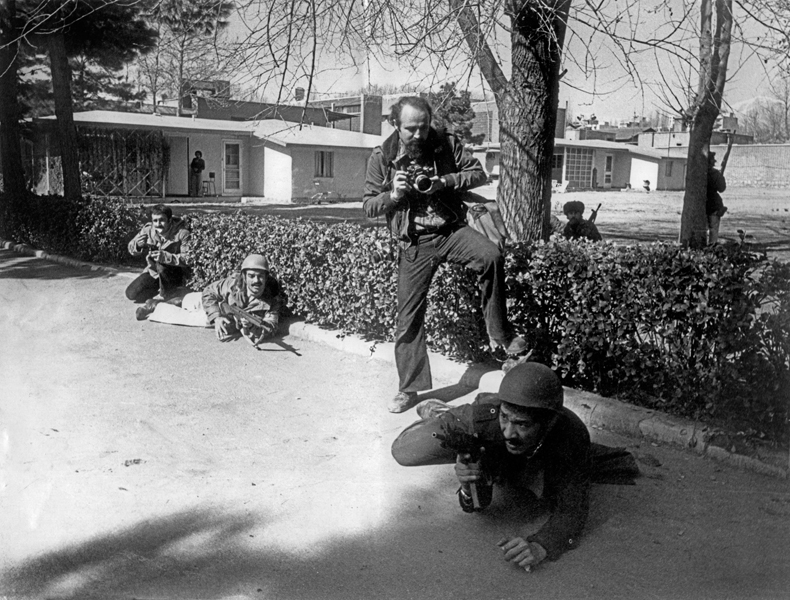 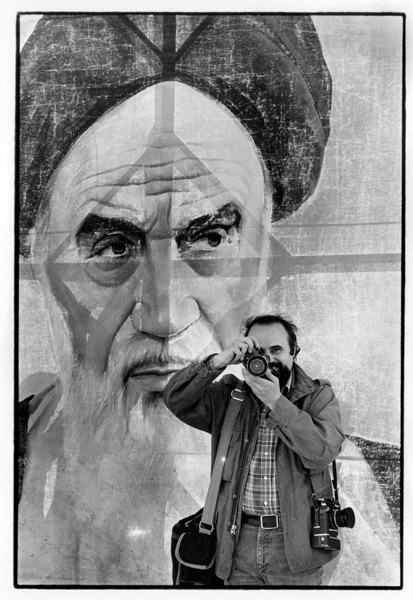 IRAN. Tehran. 1980. In front of a giant portrait of Ayatollah Ruhollah KHOMEINY. 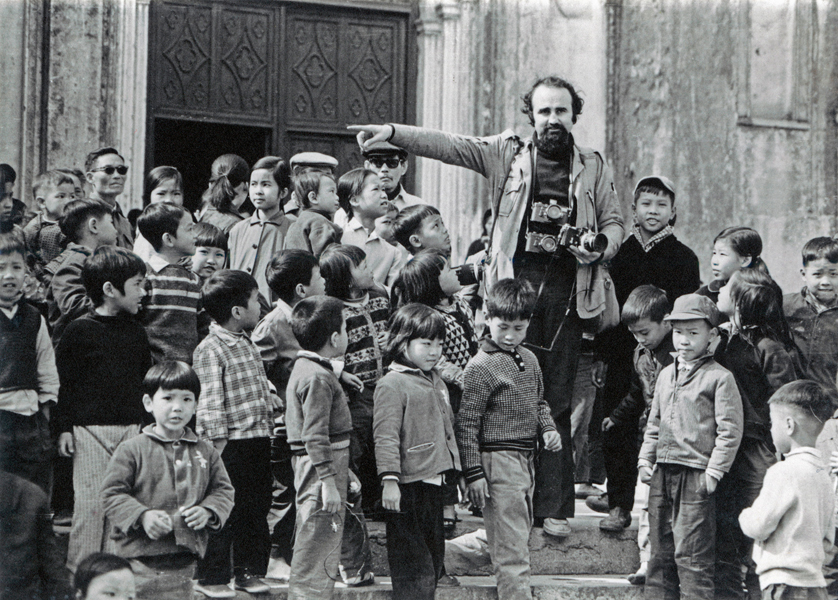 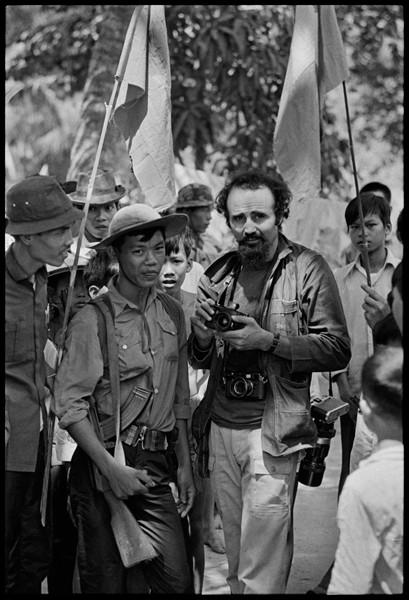 VIETNAM. South Delta, near My Tho. 1973. Among Vietcong guerrillas in a liberated area. | License 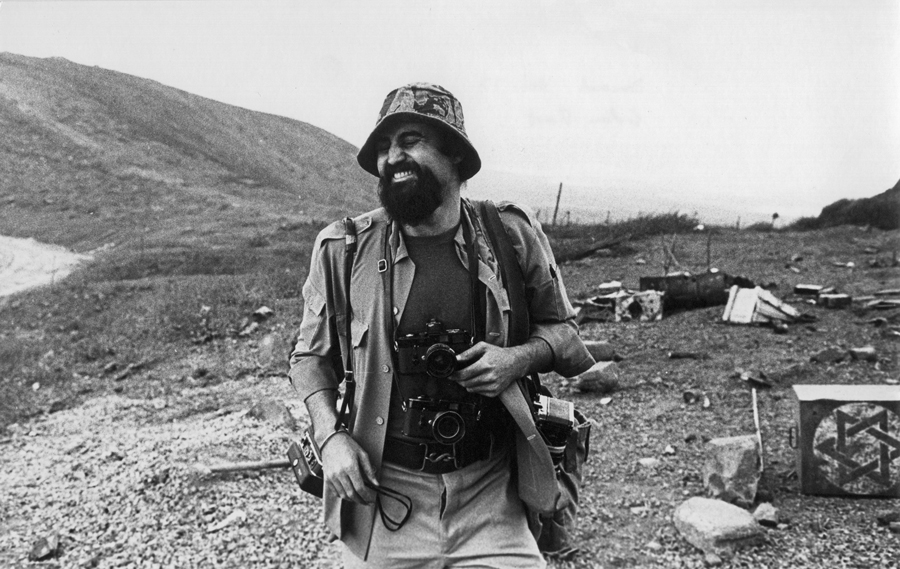 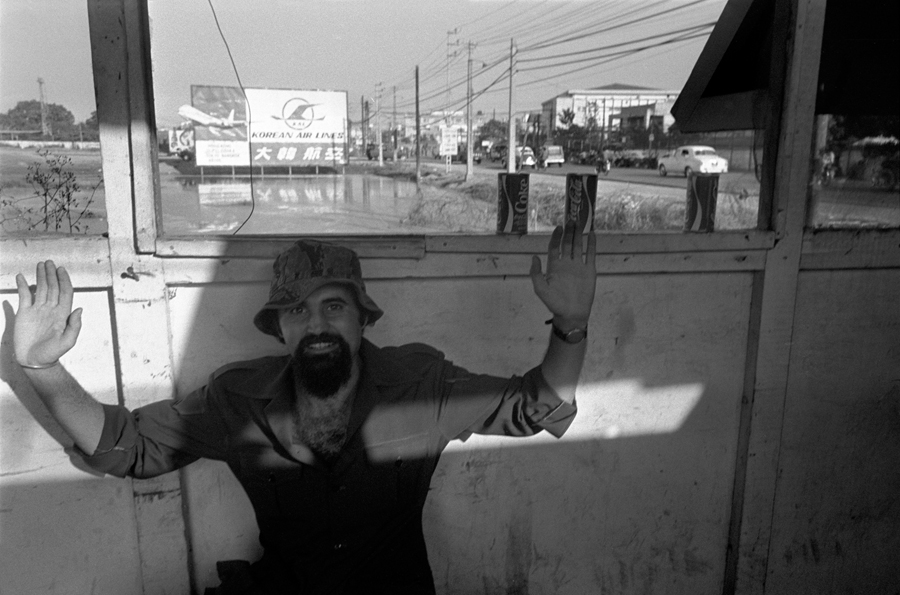 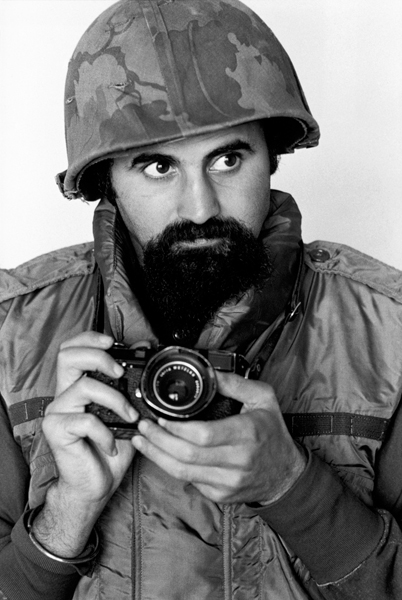 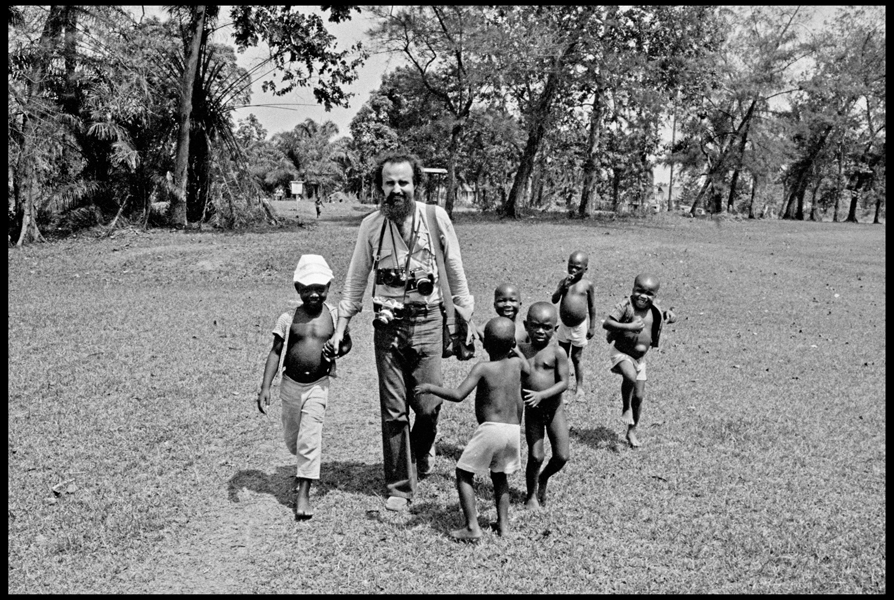 NIGERIA. Near Port Harcourt. 1971. With children who were showing signs of malnutrition a year before, at the fall of Biafra. | License 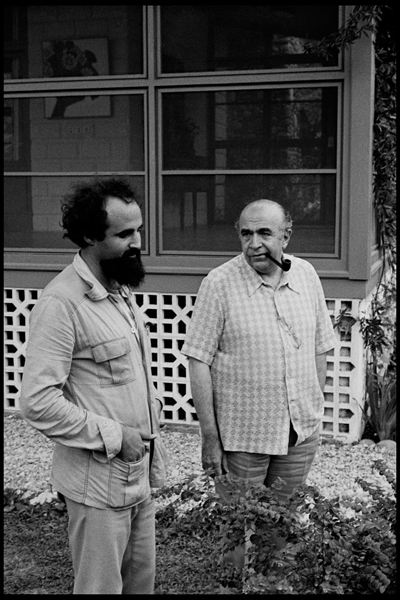 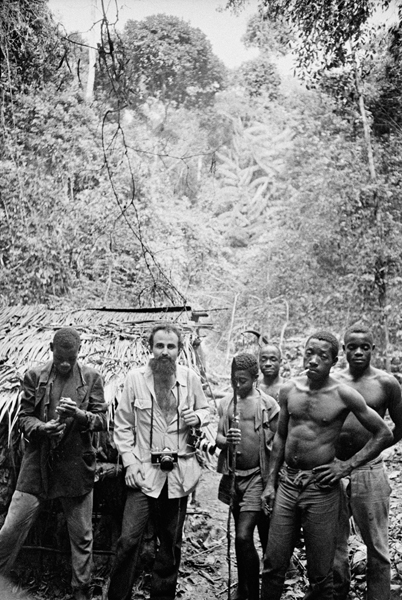 CAMEROON. 1970. With pygmies hunting in the dense jungle . | License 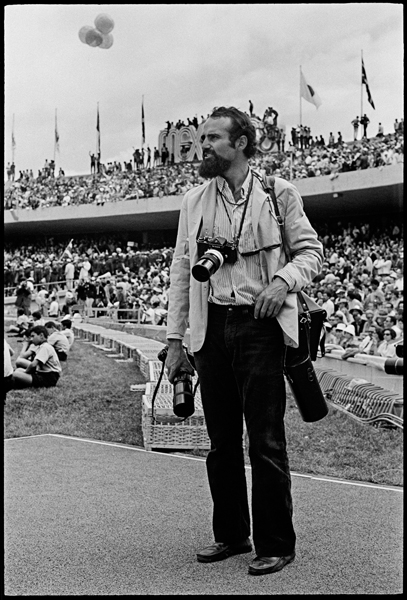 MEXICO. Mexico City. 1968. Covering the Olympic Games for the Olympic Committee of Mexico in the main Olympic stadium. | License

Born a photographer, Abbas was an Iranian transplanted to Paris. He had dedicated himself to documenting the political and social life of societies in conflict. In his major work since 1970, he had covered wars and revolutions in Biafra, Bangladesh, Northern Ireland, Vietnam, the Middle East, Chile, Cuba, and South Africa during Apartheid.

From 1978 to 1980, Abbas photographed the revolution in Iran, to which he returned in 1997 after 17 years of voluntary exile. His book Iran Diary 1971-2002 is a critical interpretation of Iranian history, photographed and written as a private journal.

During his years of exile, Abbas travelled constantly. Between 1983 and 1986 he journeyed through Mexico, attempting to photograph a country as a novelist might write about it. The resulting exhibition and book, Return to Mexico: Journeys Beyond the Mask, helped define his photographic aesthetic.

From 1987 to 1994, he focused on the resurgence of Islam throughout the world. Allah O Akbar: A Journey Through Militant Islam (1994), the subsequent book and exhibition, spanning 29 countries and four continents, attracted special attention after the 9/11 attacks by Islamic jihadists. A later book, Faces of Christianity: A Photographic Journey (2000), and touring show explored Christianity as a political ritual and spiritual phenomenon.

Abbas’s concern with religion led him in 2000 to begin a project on animism – Sur la route des esprits (2005) – in which he sought to discover why non-rational ritual has re-emerged in a world increasingly defined by science and technology. He abandoned this undertaking in 2002, on the first anniversary of 9/11, to start a new long-term project about the clash of religions, defined as a culture rather than faith, which he believes are turning into political ideologies and therefore one of the sources of the strategic struggles of the contemporary world. His book, In Whose Name? The Islamic World after 9/11 (2009), is the result of a seven-year journey through 16 countries.

From 2008 to 2010 Abbas travelled the world of Buddhism, photographing with the same skeptical eye for his book Les Enfants du lotus, voyage chez les bouddhistes (2011).

In 2013, he concluded a similar long-term project on Hinduism with the publication of Gods I’ve Seen: Travels Among Hindus (2016).

Most recently, before his death, Abbas was working on documenting Judaism around the world.

“My photography is a reflection, which comes to life in action and leads to meditation. Spontaneity – the suspended moment – intervenes during action, in the viewfinder. A reflection on the subject precedes it. A meditation on finality follows it, and it is here, during this exalting and fragile moment, that the real photographic writing develops – sequencing the images. For this reason, a writer’s spirit is necessary to this enterprise.

But with the difference that while the writer possesses his word, the photographer is himself possessed by his photo, by the limit of the real which he must transcend so as not to become its prisoner.”