How I became a photographer 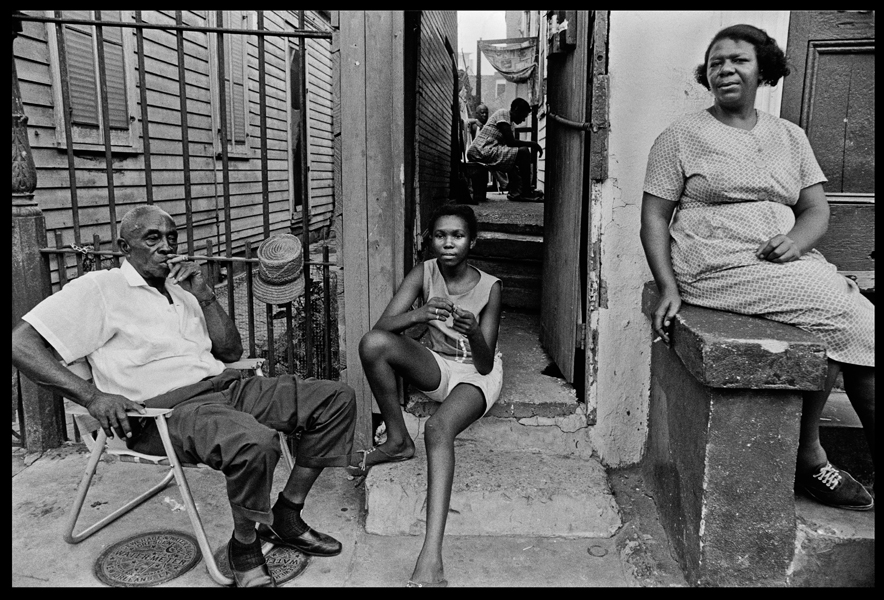 It was in New Orleans that I produced my first photographic essay, a portrait of the city. I did not know it at the time, but the importance I attach to the sequencing of my work started there and then.

When I discovered this street shot of the African American family on the porch of their house on my contact sheets, I instinctively knew that I had become a real photographer. My future aesthetic, “the suspended moment”, was already present, even though I would only fully formulate it some years later.

But it was only in 1998 when Magnum published and exhibited this photo in the collective book Magnum in the World that I realized that, 30 years earlier, I was the same photographer that I am today. The only difference is that today I would probably use a 35mm lens instead of the 28mm lens to avoid the slight distortion at the edges. But I would certainly take the same picture.