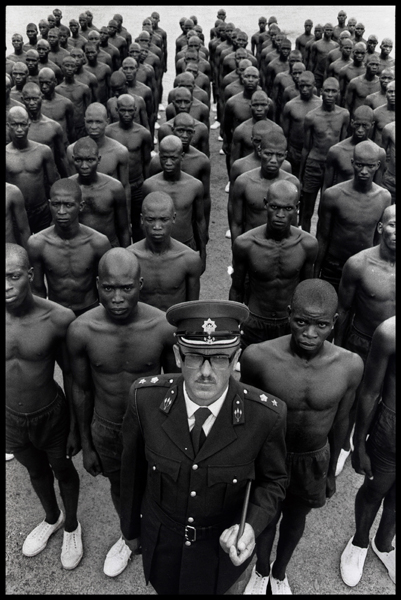 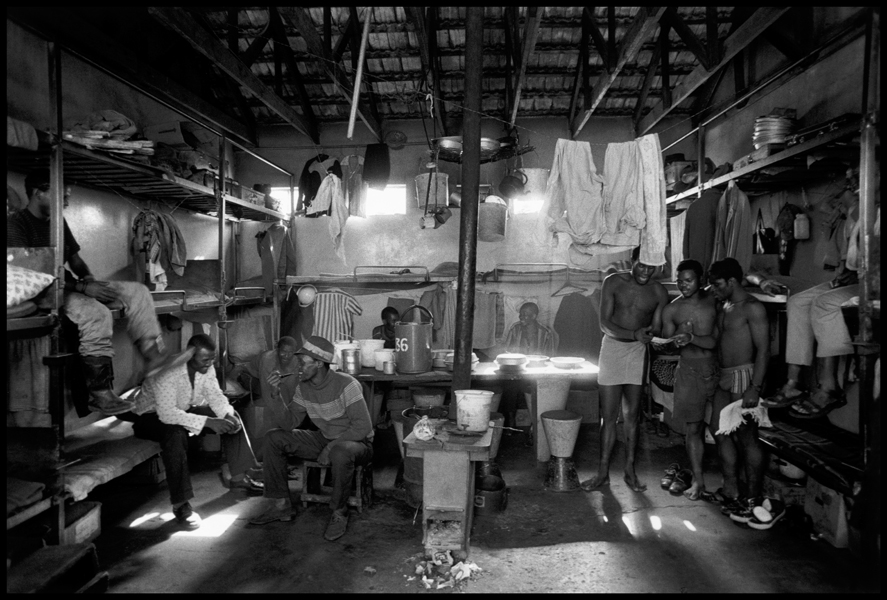 SOUTH AFRICA. Carltonville. 1978. Black miners from a gold mine in their living quarters. | License 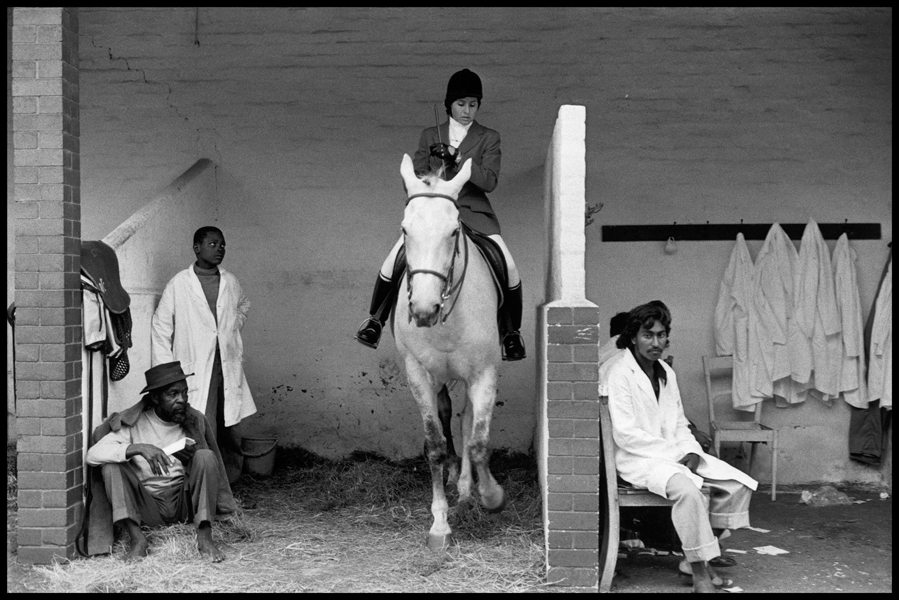 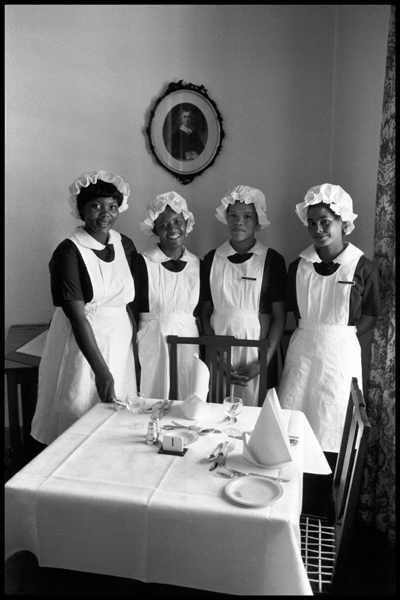 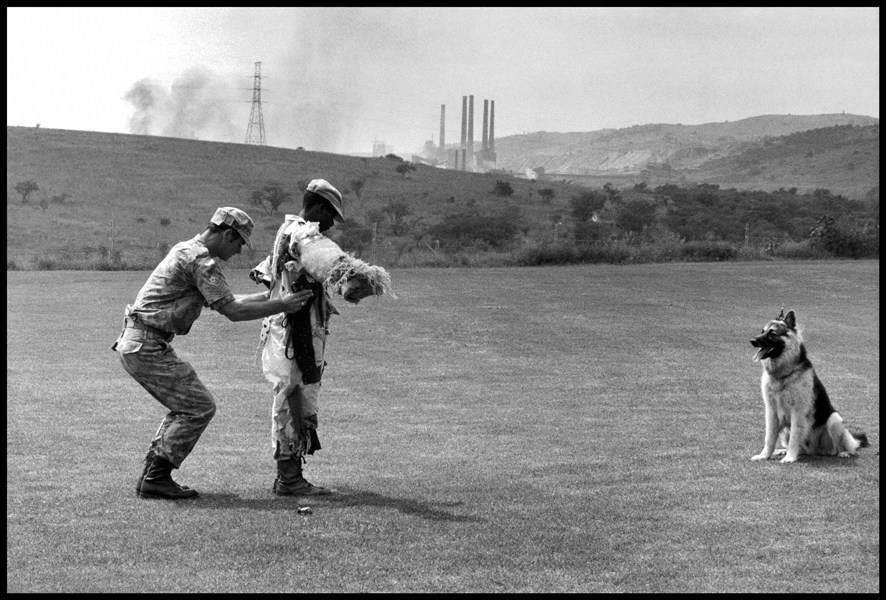 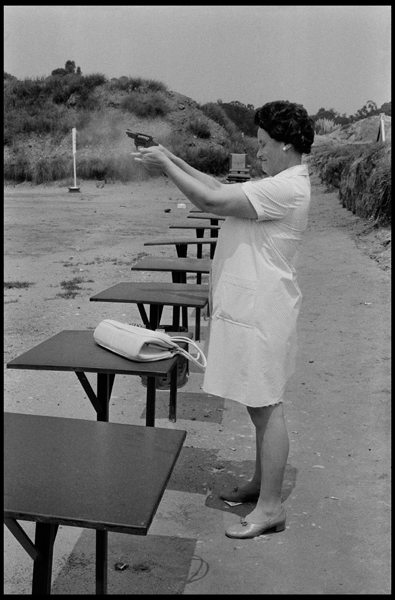 SOUTH AFRICA. Johannesburg. 1978. During the Apartheid system. A white woman learning how to use a pistol at a gun club. | License

In 1999, I meet again the Director of the Police Academy, this time in the boarding house he runs with his family in Stellenbosch.

It is not the Colonel with the uniform and the stick that I find. It is retired Police General Stephanus Jacobus Malan. The man whose face had become an icon of Apartheid over the years, was an affable, courteous man with exquisite hospitality.

The moral responsibility of the photographer? It was not the man I had photographed in 1978, but the uniform that personified the Apartheid regime.