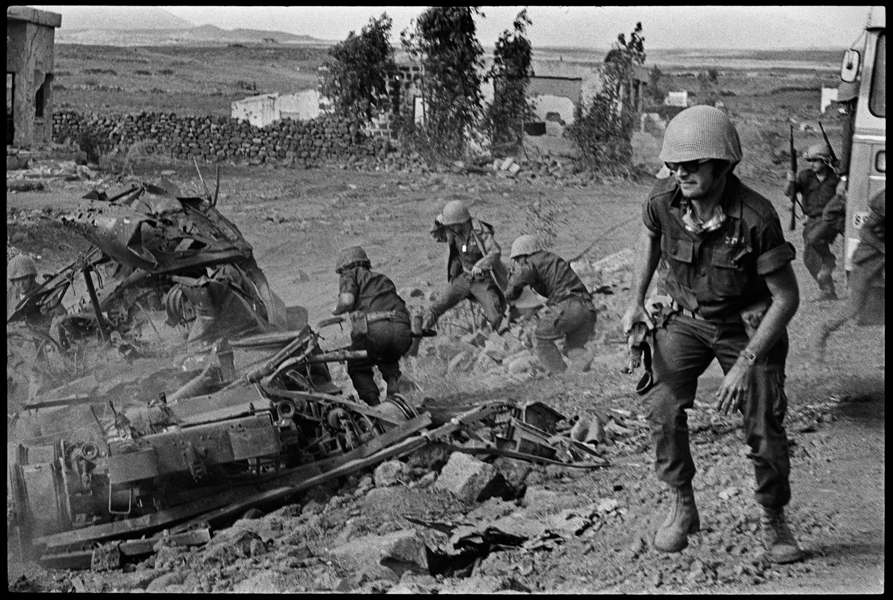 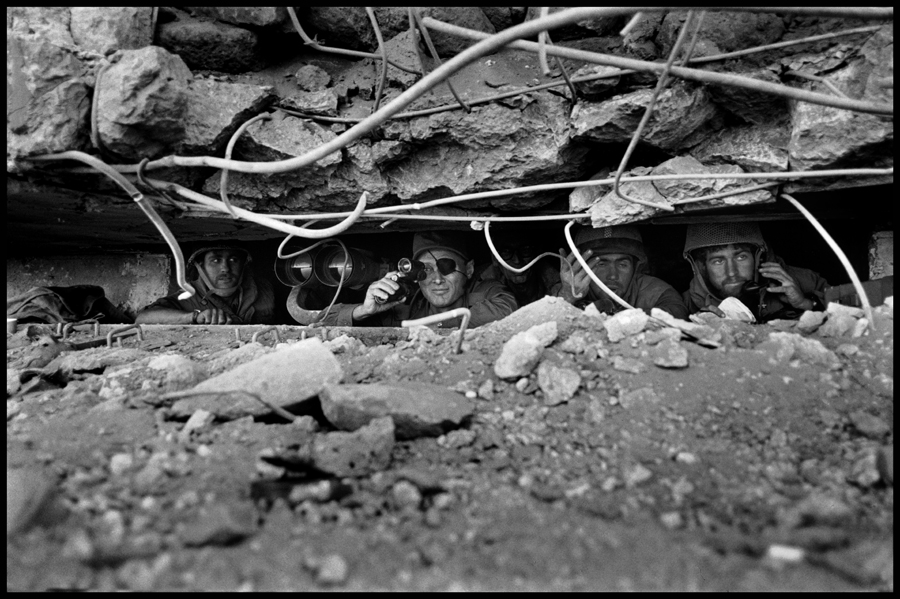 ISRAEL/SYRIA. The October War. October 11, 1973. Israeli Defense Minister Moshe DAYAN in his bunker, during an Israeli counter-attack on the Golan Heights. The bunker has been captured from the Syrians, then hit by their artillery. | License 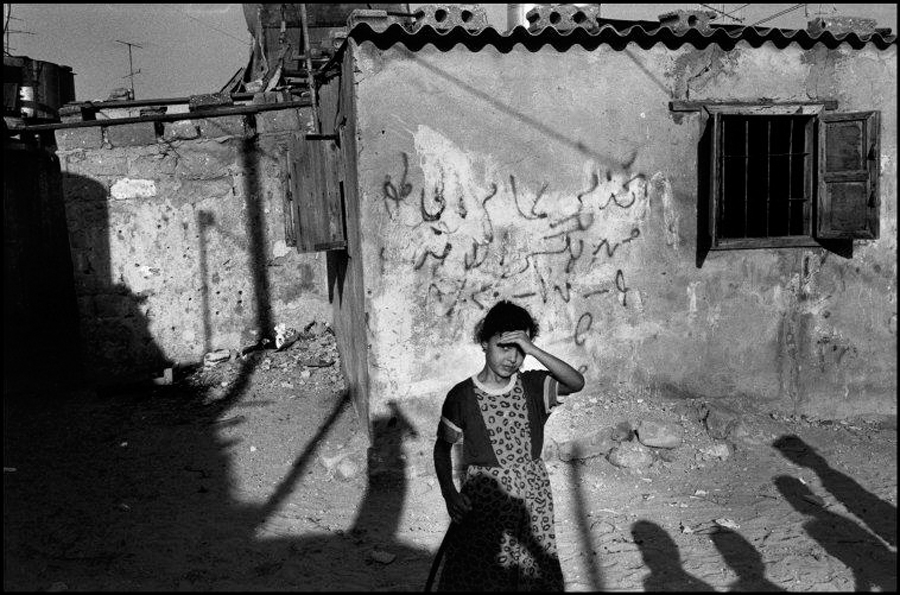 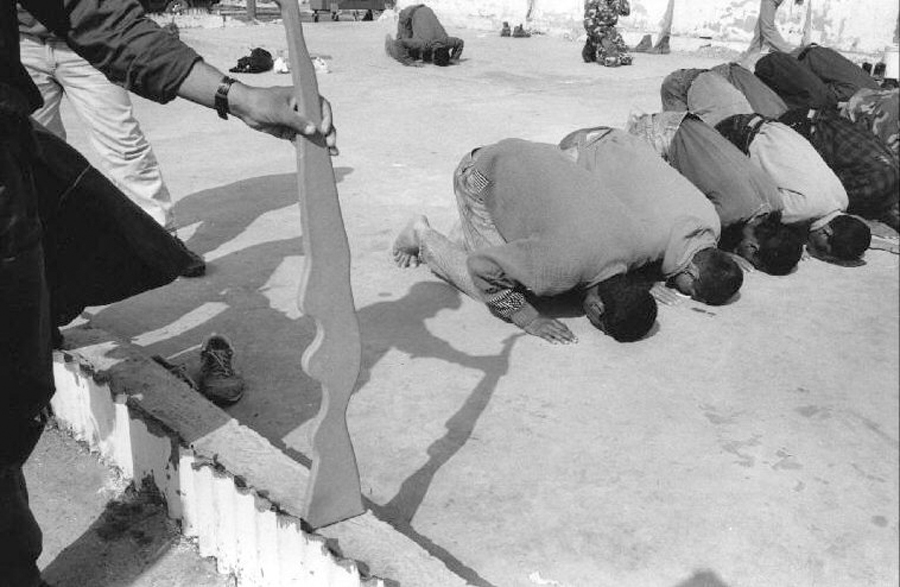 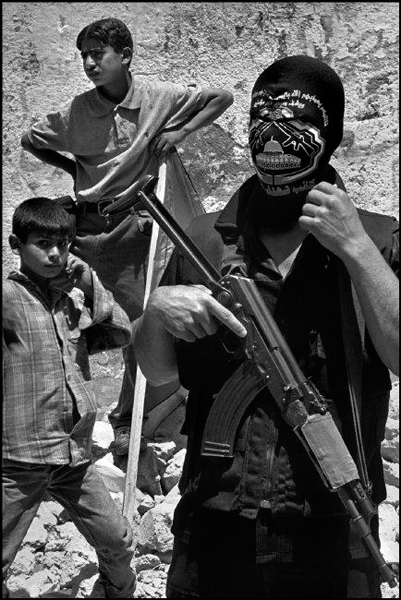 PALESTINE. Gaza city. 2004. A militant of the Islamist party Hamas with a face mask showing the Jerusalem Dome of the Rock, a sacred site for Muslims. | License 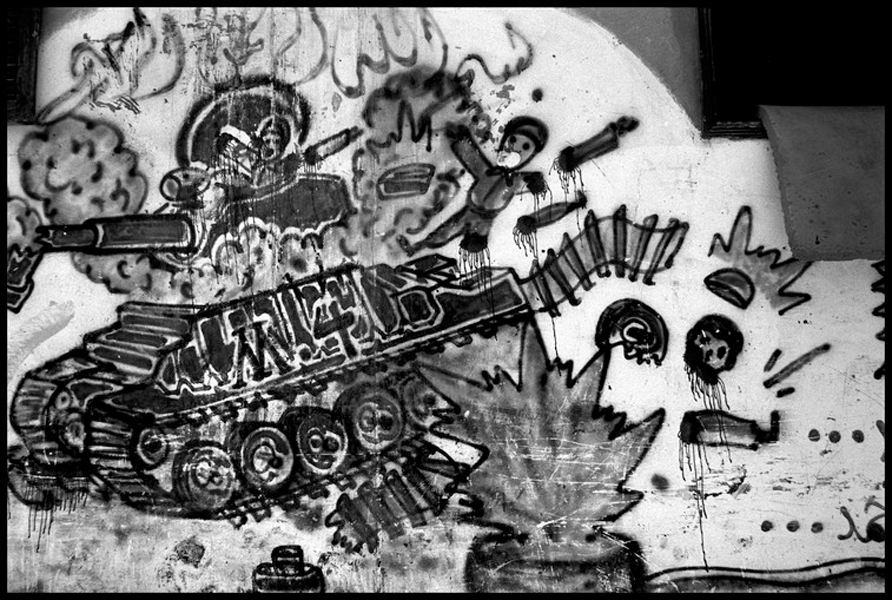 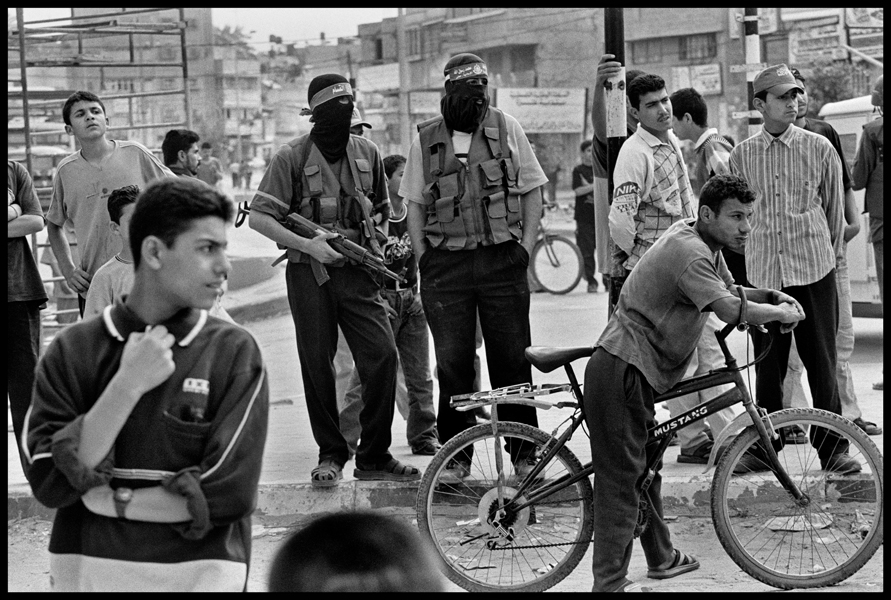 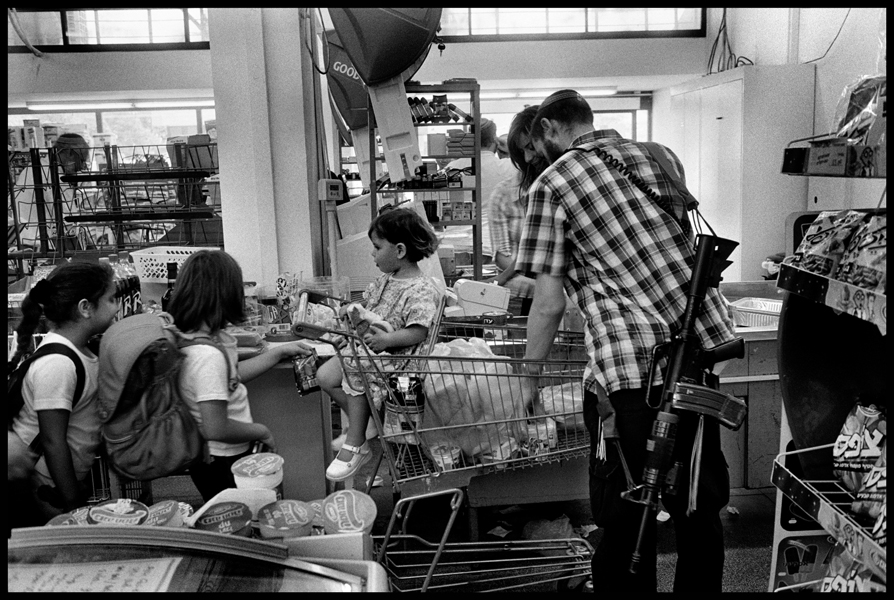 ISRAEL/PALESTINE. 2004. An Israeli settler, armed with a M16 submachine gun, buys goods in a supermarket of the Neve Deqalim settlement. He is accompanied by his children. | License 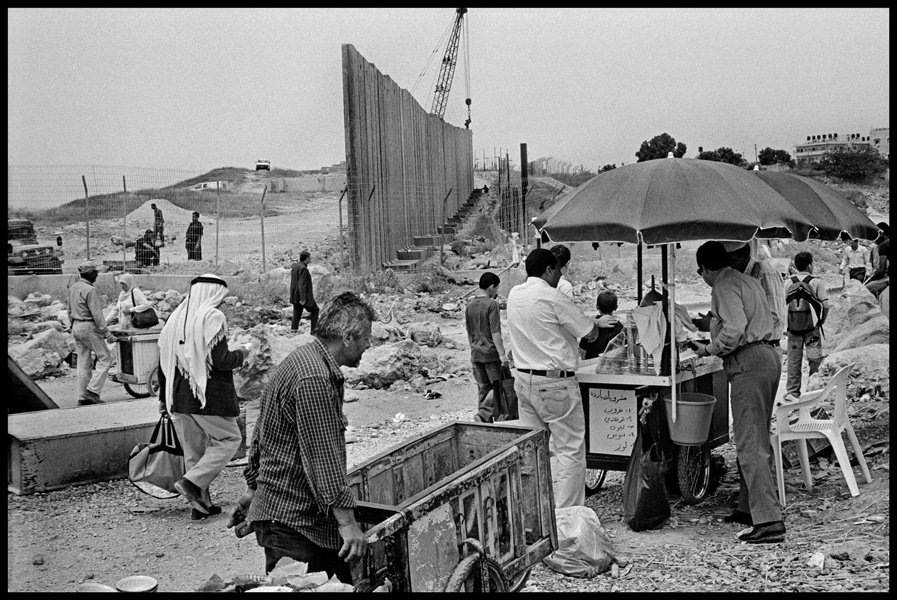 PALESTINE. Kalandia . Palestinians at the wall being erected by Israel to insulate territories occupied by its armed forces from the Palestinians. | License 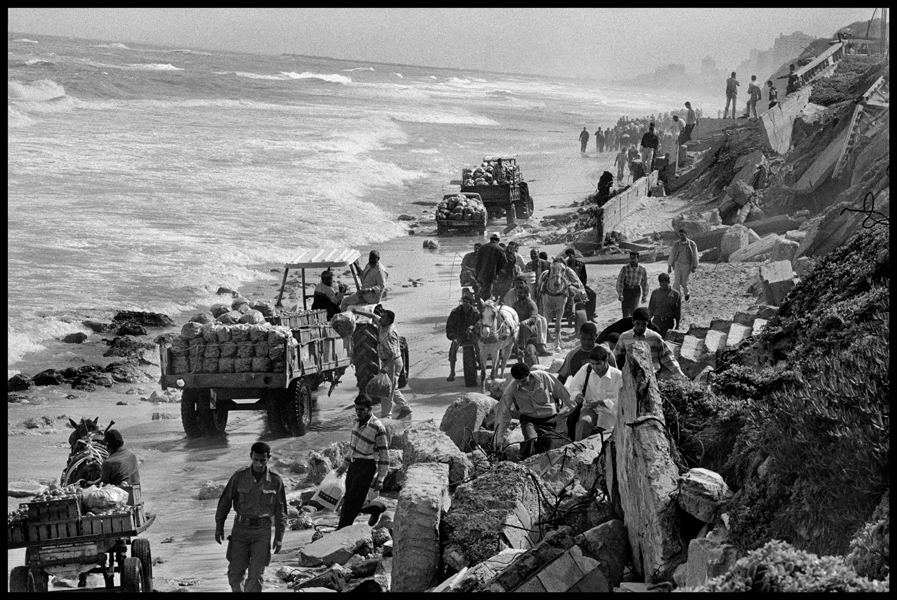 PALESTINE. Gaza city. The main road cut by Israeli troops, people and goods have to travel by the beach from Gaza city to Khan Yunis. | License

Golan Heights, 1973  A jeep overtakes me. I only have time to spot a patch on the eye of an officer. Moshe Dayan, hero of Israel, makes his first visit to the front as Minister of Defense.

I jump into my car and follow his jeep. We arrive on a peak, bristling with antennas, which dominates the whole plateau. Israeli fighters are flying below us to bomb Syrian positions. It is obviously the headquarters of the army that has just launched its counter-offensive to retake the Golan.

Moshe Dayan rushes into a bunker that was taken from the Syrians; a shell has just hit. The Syrians are excellent gunners and they know the exact position of this bunker.

I hide my films because I think that at any moment the military will stop me – an Iranian photographer in the holiest of the holy army! But the military probably think that I am authorized to accompany the minister since I arrived with him.…